Manchester Cityeased to a 2-0 victory in the recent Manchester derby, and on the pitch there was one team which knew exactly how they wanted to play and another who simply didn’t have a clue, and De Bruyne has since confirmed that Pep Guardiola would prefer to lose with his footballing principles than win on the counterattack. 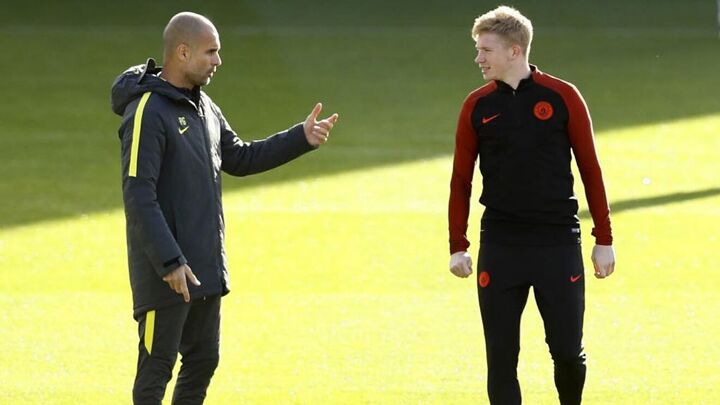 Whether or not this was a quiet dig at Manchester United is unclear, yet what is obvious is that the Blues have a clear, defined way of approaching football matches.

“A lot of people don’t understand this, but Pep would rather lose with his football principles than get a victory with counterattack tactics,” De Bruyne claimed on the MIDMID podcast.

“He loves to attack in football.

“We always have a meeting before a game and Guardiola says we’re going to do this and this and that, and when it’s over we say ‘Hey, Pep, but who’s playing?’ because he sometimes forgets.”

De Bruyne risked the ire of Manchester United supporters by claiming that it was impossible to prepare for the match at Old Trafford because United simply don’t have a system of play.

“The day before a game we usually train tactically, based on how the opponent play,” De Bruyne continued.

“Before United, Pep said: ‘We don’t know how they are going to play. We shall see’. And we stopped training after 10 minutes or so.

“Often Pep knows how the opponent is going to play. This time he didn’t know, so he didn’t know what to do. We have done what we always do, but he didn’t know beforehand if they would play with five at the back. With four. A diamond in the middle. With three upfront.”

Even with that relative lack of preparation, the Blues couldn’t have wished for an easier Manchester derby, with the hosts offering more shots against their own goal than against City’s.

54-year-old woman pregnant with own grandson