Xavi Hernandez is back at Barcelona as head coach and is looking to overhaul his playing squad in an attempt to turn the club’s fortunes around on the pitch. 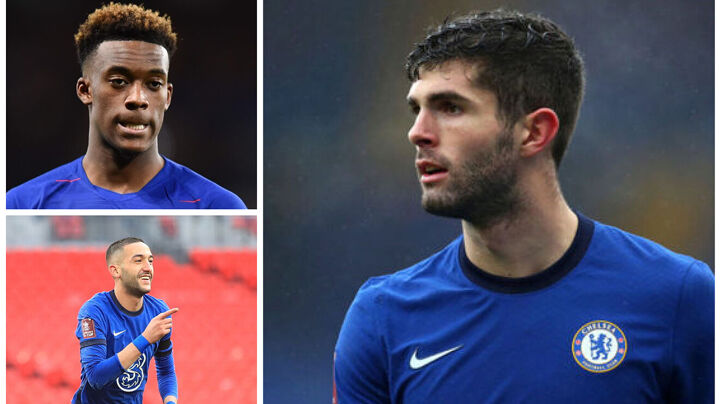 The January transfer window is set to be a busy one for the Azulgrana and Xavi is reportedly looking at a potential raid of Premier League side Chelsea.

The Barcelona legend is looking to secure some loan deals and has identified three Chelsea players who could be available: Christian Pulisic, Hakim Ziyech and Callum Hudson-Odoi.

According to Diario Sport, Barcelona are keeping tabs on the trio, who are all struggling for minutes under current boss Thomas Tuchel and are seen as good attacking additions for Xavi’s squad.

Pulisic seems the most likely

Pulisic could be keen on the move given the huge drop-off in his playing time this season, as well as the opportunity to link up with United States teammate Sergino Dest.

Ziyech has been linked with the Catalan side previously, and the opportunity to return to the level he showed at Ajax could interest him.

Although Hudson-Odoi is still very young and has played more regularly for the Blues, he hasn’t featured for England since 2019 and will want to prove himself ahead of next year’s World Cup.

Loan moves could suit both parties well here as Barcelona look to strengthen their options going forward, and Chelsea see players on the fringes of their squad gain valuable experience.

Xavi has already brought his ex-teammate Dani Alves back into the fold at the Camp Nou and has been linked with a move for ex-Barcelona and current Liverpool midfielder Thiago Alcantara.

We could see a very different Barcelona side in the second half of the season should Xavi have his way.

Please I can’t do without a man,I need a man in my life-Serwaa Amihere says (Video)

Shatta Wale to quit music to become a gym instructor

The Holy Spirit inspires me to speak English – Cecilia Marfo