Taylor Swift in her “All Too Well” song which was released on Friday November 12 on her rerecorded “Red” album, hinted on her nine-year age gap with Jake Gyllenhaal being the reason for their breakup.

Swift sings, “You said if we had been closer in age maybe it would have been fine / And that made me want to die.”

The 31-year-old singer has never officially confirmed the song is about Gyllenhaal, 40, but it’s become widely accepted that it is.

Additional lyrics in her rerecorded version point to the heartbreak she felt at the time, with lyrics such as, “They say all’s well that ends well, but I’m in a new hell / Every time you double cross my mind.”

Actor Jake Gylenhaal reportedly dated the Grammy winner from October to December 2010 when they split just before her 21st birthday, which also plays a role in the updated tune. Swift sang “You, who charmed my dad with self-effacing jokes / Sipping coffee like you were on a late-night show / But then he watched me watch the front door all night, willing you to come / And he said, ‘It’s supposed to be fun turning 21.”

“It was all over the place, a fractured mosaic of feelings that somehow all fit together in the end.

On I Bet You Think About Me, she sings:

“You can’t help who you fall for, and you and I fell like an early spring snow. But reality crept in, you said we’re too different. You laughed at my dreams, rolled your eyes at my jokes.

“Mr. Superior Thinking, do you have all the space that you need? I don’t have to be your shrink to know that you’ll never be happy, and I bet you think about me.” 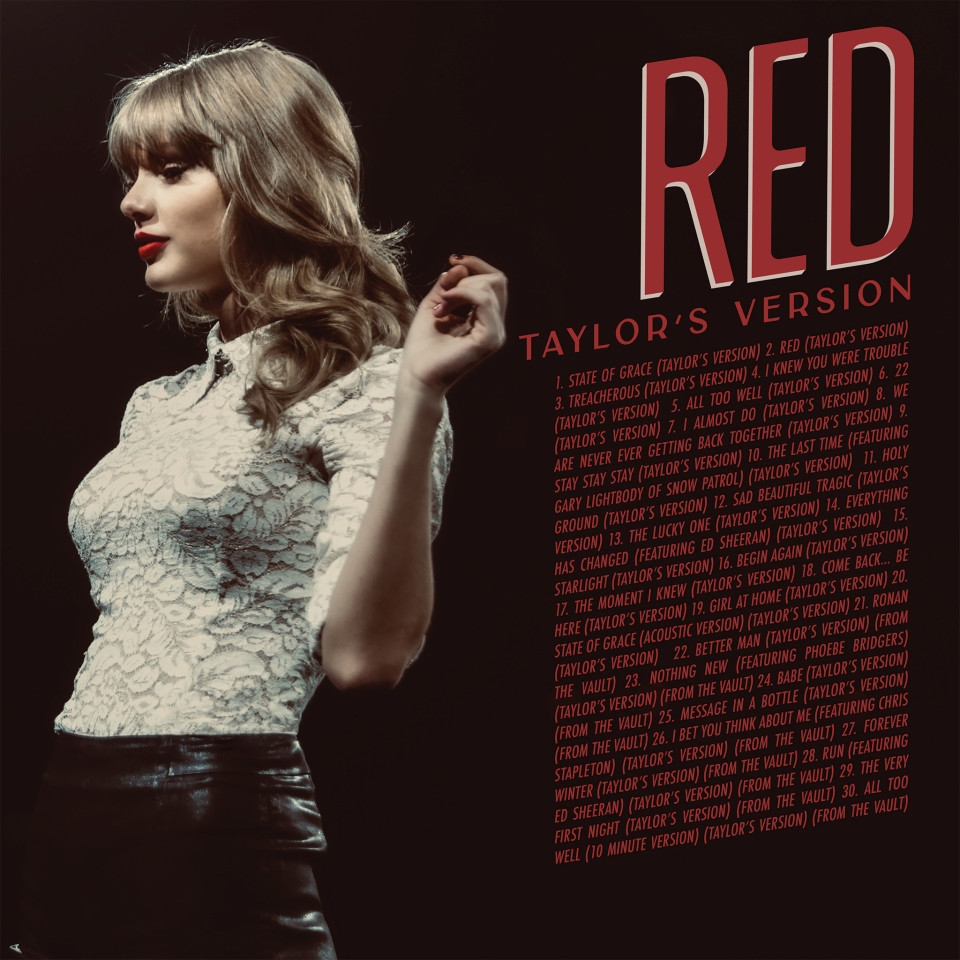 Later in the track she accuses him of being “scared not to be hip, scared to get old”, and even refers to the fact that he probably wouldn’t be too impressed to hear the song.

“I bet you think about me when you say, ‘Oh my God, she’s insane, she wrote a song about me’.” But in the more introspective Nothing New, she opens up about her fears over being considered a has-been. At the time she was just 22 and six years into her career.

Singing with US artist Phoebe Bridgers, she ponders:

“They tell you while you’re young, girls, go out and have your fun. Then they hunt and slay the ones who actually do it, criticise the way you fly when you’re soaring through the sky. Shoot you down and then they sigh and say, ‘She looks like she’s been through it’. Lord, what will become of me once I’ve lost my novelty?”

Then the chorus goes: “Will you still want me when I’m nothing new?” The beautiful album, which will go down as one of Taylor’s best, features other new songs Message In A Bottle, Forever Winter, The Very First Night and an Ed Sheeran collaboration titled Run.

She has also covered her own tunes Better Man, which was recorded by Little Big Town, and Babe, which she gave to country duo Sugarland. The finale is a ten-minute, extended version of the album’s fifth track All Too Well, which fans will find a real tear-jerker.

Meet the lady who look so much like Nigerian singer, Davido – Photos