Russian adult film star Rita Fox has been sentenced to 14 days in jail for “disorderly conduct” after publishing a series of photos with naked buttocks in front of the Kremlin, the official residence of President Vladimir Putin.

Fox, whose real name is Ksenia Damova posted a picture of her ‘bare buttocks against the background of the Kremlin’, on the edge of Red Square, in Moscow, which triggered complaints, she said. 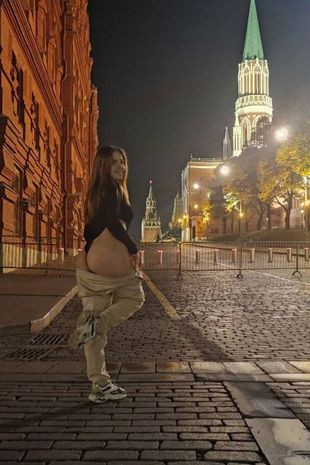 The actress reported her fate via her Telegram channel, where she publishes a selection of raunchy images.

“Hello, everyone. Here’s the news: I’ve been jailed for 14 days after all. I’ll be punished for disorderly conduct,” she wrote.

The 20-year-old is the fourth person in recent days to be held for such stunts for baring booty in a Russian public place.

In August, blogger Elena Nikiforovskaya was sentenced to three days in prison after flashing her behind in front of the entrance to a police department. She also published photos showing her butt in other parts of the city, including in front of another government building.

My fiance wants me to put his name on my properties before marrying me, what should I do